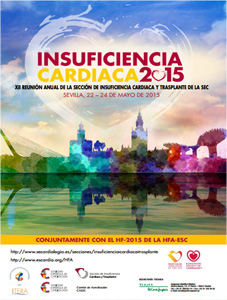 Following the success of previous meetings, it is to gain the conclusion of the European Congress in Seville to promote and publicize Section Failure and Heart Transplantation of the Spanish Society of Cardiology to European and Latin American level.

Joint Registration for both conferences

There will be a joint entry for both conferences, which presumably also saving money, encourage greater participation in both meetings.

Two of these tables will be organized jointly with Portugal and some Latin American countries, which will delve into the relationship with these countries with the participation of other specialists (internal medicine, family physicians, geriatricians) and other health professionals, especially nursing.

The conference will be held at the Exhibition and Congress Center Fibes of Seville.

0 comments in Heart Failure in Seville