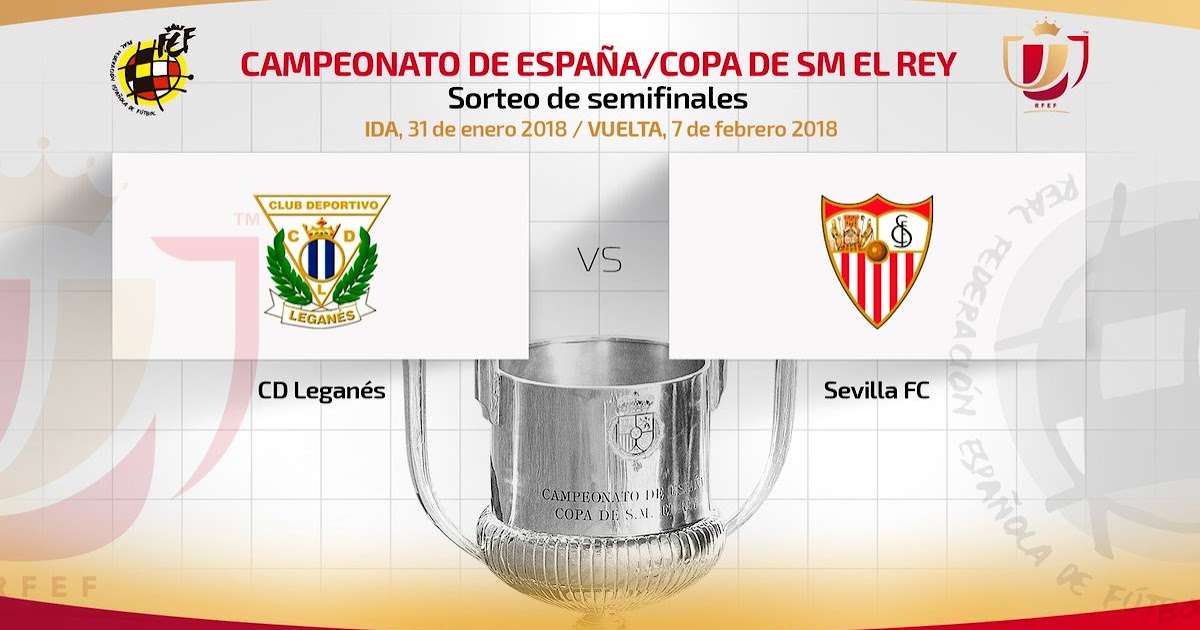 The first leg ended with a draw at one goal, therefore a very disputed match is expected between two teams that aspire to reach the last match in the fight for the oldest title of our football.

This Wednesday 7 February 2018 the Sevilla Fc. And Leganés will play the second leg match of the Copa del Rey semifinal at the Ramón Sánchez Pizjuán stadium in Seville.

The people of Madrid dispute this round after beating Valladolid in the last sixteen, Villarreal in the second round and Real Madrid in the quarterfinals. The Sevilla team eliminated Cartagena in the last 16, Cadiz in the second round and Atlético de Madrid in the quarterfinals. Sevilla has already been champion of the competition for 5 years while Leganés is the first time that it has reached the penultimate round of the competition.