Blog The Giralda of Seville

The Giralda of Seville

Spain is a really beautiful, full of culture and spectacular monuments such as the Giralda in Seville. Do you really know everything related to this particular monument of Spain? If the answer is no, feel in total freedom to learn and explore the little secrets that encloses this peculiar Spanish Bell Tower.

Seville is one of the cities most representative of Spain, being one of its centers of interest the so-called Giralda. Beautiful, stunning, remarkable by others, many adjectives can describe it as a dramatic work. For this and much more, is that it is necessary to know what kind of things are hidden within its walls. Be sure to learn more!

A little history on the Giralda in Seville 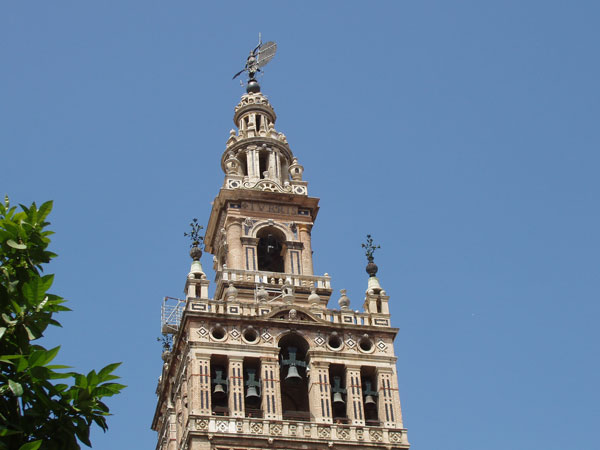 The Giralda of Seville has its origin during the Almohad period, when this city becomes the capital of Al - Andalus. As it is to be expected, this brought a whole series of updates of Seville that made it grow in structures. This is how it starts the realization of the Giralda!

The monument began as a mosque who planned to replace an existing located in the Plaza de el Salvador. This began in the year 1172 and from then until now, this single building has grown and evolved. Really old this historic monument of Spain!

The biggest changes of this peculiar structure were in the Christian period of Spain. From changes in its structure, to aspects without notable importance as surface decorations. All this has led to the current monument which, until 2015, was the largest of Seville building. It was overtaken recently by the so-called Pelli Tower of Seville!

In regards to the style of the Giralda, arguably is not very different from other buildings. This is due to that the Giralda based its design on constructions such as the Hassan tower and the Koutoubia mosque. The latter is located in Marrakech or Morocco. You simply have to visit this construction of Seville!

Facts of the Giralda in Sevilla

The antiquity of this spectacular human creation makes it possible that it has many curious facts. More than 104 meters high is not the only thing that can be seen of a work like this. For this reason, learn right now those facts of the Giralda in Seville that you probably didn't know. Start!

Without a doubt, the Giralda in Seville is all a work of architectural art in Spain you should know. If you think sightseeing around here, your first destination should be this tower which stands imposing in Seville. You simply have to see it personally! 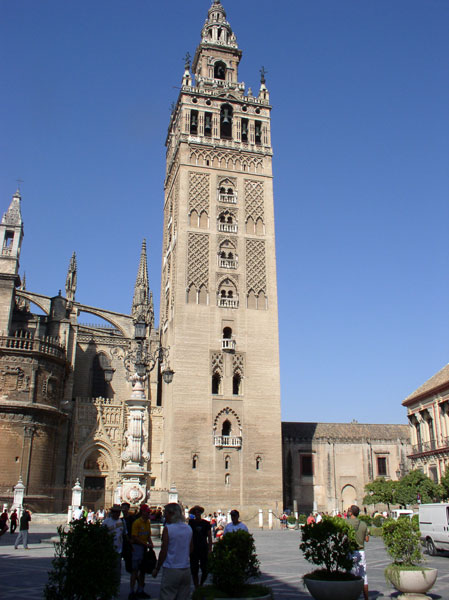 0 comments in The Giralda of Seville