Jorge Drexler in concert in Seville 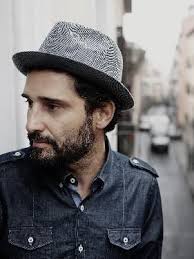 Jorge Drexler gives a concert at the Teatro de la Maestranza in Seville on Saturday 25yh of October 2014 .

The uruguayan singer and songwriter presents "Dancing in the cave", recorded between Bogota and Madrid, where he worked with artists such as Caetano Veloso, Ana Tijoux and Eduardo Cabra of Calle 13 Al disk is followed by a tour of Spain which starts on April 5 and ends at Alicante Basauri then travel to South America.

Dancing in the Cave, his last album

The Uruguayan Jorge Drexler (Montevideo, 1964), discovered dance in "Dancing in the cave", his latest album and a happy and unexpected new career. At 50, Drexler, who grew up as told in a very serious family atmosphere frequented by intellectuals in a sad country under military rule, confesses to have discovered the hedonism of dance in a sparkling album recorded between Madrid and in largely Colombia.

With his song 'Across the River' soundtrack Motorcycle Diaries film, Drexler won the Oscar for Best Song, besides being the first song in Castilian nominated for these awards. After 12 seconds of darkness, an album consisting of 12 songs and two Uruguayan versions, Cara B, recorded live; and Love the plot, in which he walked away from the darker sounds, returned with Nether World.