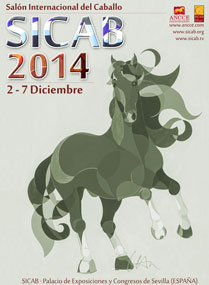 The International Horse Show for its acronym in Spanish (SICAB), is the most important event of this kind in the world. Being a horse fair exclusively of pure Spanish breed.

From the 2nd until the 7th December this year, will be held SICAB as is the tradition in the Palace of Congresses and Exhibition in Seville, better known as FIBES.

During one week the attendees will admire the most select of purely Spanish breed equine species; within an excellent framework such as the facilities of FIBES.

There are several years in which takes place this important event, which has placed it in order of importance, as the third after the festivities of Holy Week and the April Fair in Seville.

FIBES is located on Avenida Alcalde Luis Uruñuela, number 1 in the city of Seville.

Prices do not suffer change from last year, if anything, may be increased but not dramatically.